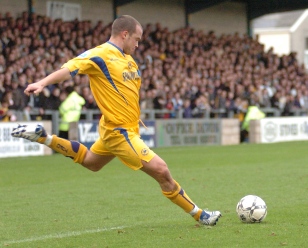 When I first met Kevin one of the first things he told me was how ultra professional he had always been throughout his career with the way he looked after himself. Alcohol was limited to a glass of wine with a meal now and again; he was always in bed before midnight and never spent time in smoky clubs or bars. He had always accepted that certain people are naturally fitter than others but it had always struck him that despite his healthy lifestyle he never felt as fit as he thought he should have been.

As well as leading a healthy lifestyle he had always followed what is widely regarded as a very healthy diet. Plenty of pasta, potatoes, salad and vegetables, a little red meat, chicken and the odd helping of fish. On shopping trips to the supermarket he would always go for the low fat versions of everything he saw. He was taking the advice of the health magazines and most of the other sources of media that said fat is bad for you and should be avoided at all costs.

The key to health and fat loss is learning which foods belong to which food group. As soon as an individual is able to identify different food groups and learn what symptoms to look out for they are able to prepare meals that will work for the body and not against it. All that is required then is modification with the portion sizes. This isn’t a diet; it is all about feeding the body the correct nutrients so you don’t suffer any negative effects after the meal. Those guidelines are the basics for optimal weight management.

Since our first meeting Kevin has changed his diet in a big way. He has eaten more animal foods and good fats in the last month than he had in the past 6 months leading up to the change. Not just any fat but the kind you get from good quality organic meats, nuts, full fat dairy products and oils. Gone are the misconceptions and processed foods he once had. His protein intake has shot up by eating more animal foods and has not relied on pasta, bread and potatoes for his energy needs.

He instantly noticed a massive difference in his energy levels, stamina and concentration levels after increasing his protein intake and adjusting his food ratios accordingly. He has never felt fitter and has lost a third of his body fat levels in just four weeks. Losing fat wasn’t something he set out to do either. He honestly can’t believe the difference and all it took was eating the foods that work with the body and not against it.